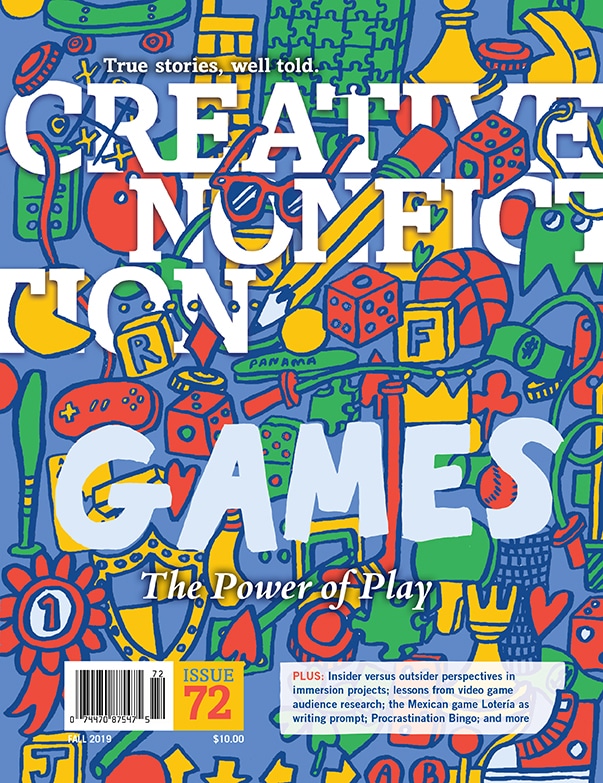 “Style is a very simple matter: it is all rhythm,” Virginia Woolf wrote in a letter to the poet Vita Sackville-West. “Once you get that, you can’t use the wrong words.”

Trying to teach rhythmic prose, however, is a bit like trying to teach a hapless friend how to dance to a pop song in your living room. Yes, there are steps (a leg here, a hip there), corresponding to the beat, but there are also other rules more difficult to quantify: you can’t try too hard; you can’t be self-conscious.

Alas, some people just can’t dance. Likewise, some of us, despite our best efforts, simply struggle to find a graceful rhythm on the page. And yet, the writers who master this are often the ones who make the deepest impact on us as readers. I remember, for example, encountering the beauty of Edward Abbey’s Desert Solitaire as an undergraduate. “There is still too much to see and marvel at,” Abbey wrote. “I lie on my belly on the edge of the dune, back to the wind, and study the world of the flowers from ground level, as a snake might see it.”

Abbey combined a strong voice with preternatural skill—a rare thing that attracted a cult following. Like Abbey, writers of prose often, in fact, use rhythm to convey emotion. Norman Maclean, for example, used his deep understanding of rhythm to construct his classics A River Runs Through It and Young Men and Fire.Maclean taught Shakespeare for years at the University of Chicago, where he compelled his students to undergo the tedious (but admittedly edifying) exercise of scansion. By deciphering Shakespeare’s iambic pentameter, Maclean’s students more readily grasped the text’s design.

Maclean even writes about rhythm—well, rhythmically. On the last page of A River Runs Through It, the narrator tells us,

Like many fly fishermen in western Montana where the summer days are almost Arctic in length, I often do not start fishing until the cool of the evening. Then in the Arctic half-light of the canyon, all existence fades to a being with my soul and memories and the sounds of the Big Blackfoot River and a four-count rhythm and the hope that a fish will rise.

Having recovered from their swoons, many anglers-turned-readers soon realized that Maclean, who only started writing (in a creative, rather than scholarly, capacity) after retiring from teaching, didn’t always pull off rhythmic prose so masterfully. It’s largely forgotten that the slim volume with the novella A River Runs Through It also contained a short story and another novella—“Logging and Pimping and ‘Your Pal, Jim’” and USFS 1919: The Ranger, the Cook, and a Hole in the Sky.” Tellingly, the opening sentence of the latter feels like a bad imitation of Hemingway: “I was young and I thought I was tough and I knew it was beautiful and I was a little bit crazy but hadn’t noticed it yet.”

But when executed well, rhythm can stand in for the ineffable aspects of emotion. Take, for example, one particularly ineffable emotion: joy. The epitome of this synergy between rhythm, joy, and the written word is best displayed, to my mind, by the italicized sections in Hemingway’s iconic “The Snows of Kilimanjaro.” The protagonist, on death’s doorstep, wistfully recollects moments, and images, of beauty in his life. Hemingway writes,

What about the ranch and the silvered gray of the sage brush, the quick, clear water in the irrigation ditches, and the heavy green of the alfalfa.

The reader feels that rhythm and, by extension, a sense of joy.

Just as rhythm can serve as a sort of conduit for emotion, it can also prove to be a hindrance. In her letter to Sackville-West, Woolf continued:

On the other hand here am I sitting after half the morning, crammed with ideas, and visions, and so on, and can’t dislodge them, for lack of the right rhythm. Now this is very profound, what rhythm is, and goes far deeper than words. A sight, an emotion, creates this wave in the mind, long before it makes words to fit it; and in writing (such is my present belief) one has to recapture this, and set this working (which has nothing apparently to do with words) and then, as it breaks and tumbles in the mind, it makes words to fit it.

This description so resonated with Ursula K. Le Guin that she included it in the epigraph of her collection of essays, The Wave in the Mind: Talks and Essays on the Writer, the Reader, and the Imagination.

Writers struggling with rhythm can certainly learn a thing or two from hapless dancers, as it were, dealing with the same: you can’t try too hard; you can’t be self-conscious. As it happens, Woolf loved to dance. “That is the quality which dance music has—no other: it stirs some barbaric instinct—lulled asleep in our sober lives—you forget centuries of civilization in a second, & yield to that strange passion which sends you madly whirling round the room,” she wrote in her journal in 1903, when she was twenty-one. For her, dance was like water in a river. “You must keep swaying with the music—in & out, round & round—in the eddies & swirls of the violins. It is as though some swift current of water swept you along with it.”